MACC has 3 bills related to parental rights and data collection!!! We have been working very hard and need YOU calling TONIGHT & TOMORROW MORNING for IMMEDIATE ACTION in support of these bills!  THEY WILL NOT PASS UNLESS YOU EMAIL and CALL IN!!!  Be sure to leave your name and city.

TONIGHT’S IMMEDIATE ACTION REQUIRED:  Post it on your timeline/Call your friends or send them an email!!

CALL REP SONDRA ERICKSON, CHAIR OF THE HOUSE EDUCATION POLICY COMMITTEE.   Call even if she is not your constituent representative.

SCRIPT:   My name is …. And I live in the city of ……, Minnesota.  I’m calling to ask Rep Erickson to hear Eric Lucero’s, Parental Curriculum Review bill, House File (HF) 1777 in her committee TOMORROW!!! It is important to me and our family that parental rights be protected in Minnesota.  (You may put this however you wish.)

If she does not hear it, the bill will die with no chance of passage.  We need everyone in the state emailing and calling her office at the Capitol!

Here is this very reasonable bill to protect a parent’s right to see the curriculum.

We will start loading in the other bills  but they are not immediate needs for tonight.  The other bills will need to have emails and calls, also.  This is how you pass a bill into law.  Everyone needs to work together to make this happen.   MACC has worked super hard for the last nearly 2 years.  Thank you for caring about the children and families of Minnesota!

When it Comes to Common Core, Read the Fine Print

Minnesota Advocates and Champions for Children 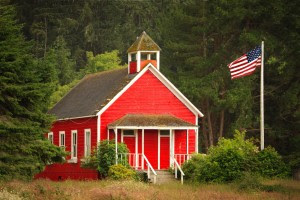 …about the children of our military who often must transfer from one school to another.  These children, we are told, need every school…

Search Institute:  This is a local, 50 year plus research organization based out of Minneapolis that’s gone national while seeking to identify high risk behaviors and attitudes in youth with the intention of early intervention through community based programming.

Students are often given the “Profiles of Student Life:  Attitudes and Behaviors” survey.

Surveys come in two formats:  One for 4th-6th grade, the other for 7th grade and up which asks approximately 160+ questions for its older students and are similar in nature to the Minnesota Student Health Survey MACC posted last week.  Questions are extremely personal asking students, who they live with, illegal drug usage, including prescription drugs, alcohol and cigarette use, sexual orientation, birth control, binge eating, suicidal thoughts, self-mutilation, sexual activity and use of birth control, as well as friendships and who they feel they can confide in, parent/guardian highest level of education, even asking if they hurt someone bad enough to need bandages or a doctor to asking if the student uses a gun or weapon to get what they want from a person.

The nonprofit organization relies solely upon donations, largely, which according to Search Institute’s 2010 tax returns came primarily from Altria of nearly $700K in funds.  Others include Capitol One and Miller/Coors, when combined, contributed over $600K to the organization.  Even our own US Department of Justice gave Search Institute a whopping $50,196.

The following are local companies here in Minnesota that funded Search Institute and their amount:

While the organization started small and has received nationwide recognition for its efforts, so have complaints from parents.  While we want our kids to succeed, at what cost with the kind of intrusive meddling these companies are promoting by questions they are asking youth?  For it is the very nature of the way in which these questions are normalized where ideas or behaviors that is problematic become the societal norm.

Companies, as well as individual donors contribute financially Search Institutes research, information and programming – but have they themselves viewed the questions?  These surveys can also be accessed the same way through a school issued device, no doubt linking it to a student’s school issued ID code.

There have been many issues in varying states with Search Institute’s survey content in their schools among parents.  The most recent took place in Bedford, New Hampshire in 2014 where parents became outraged at not having proper disclosure on the nature of questions their child was subject to.  Schools can order a ‘purged version’ of the survey to not include sexual questions, but not all of them do.  And while parents are given the notice to opt-out, others will argue that students (some between the ages of 11-13) are told that they can stop the survey themselves at any time if they want to.  Many parents argue a child that age wont or cannot due to peer pressure.

In the fall of 2012, the Minnetonka school district considered having Search Institute perform their survey on its middle and high school students.  After concerns rose among parents, including myself, it was shortly after that parents received a notice from the district that they would not perform the survey stating they decided to withdraw it, already having collected data from surveys conducted last spring to accomplish their goals.

States such as Connecticut, Texas and New Jersey sued Search Institute with the intent to stop the survey completely arguing that it violates rights of privacy and the first amendment.  The case was thrown out of Federal court, which was upheld by federal appeals court in a 2005 controversial decision.

PARENTS:  PLEASE TAKE 5 MINUTES OF YOUR TIME TO VIEW the Fox News clip that contains the actual questions of the survey and listen to what a retired principal has to say on opposing these kinds of surveys.  Where is the outrage, Minnesota?!!

Minnesota Student Health Survey (administered every 3 years, from grades 5-12):  Approximately 104 questions in the form of a standardized test. This survey can be administered in pencil/paper, but lately students access surveys via school issued iPads, chrome books or computers.  Students log in using their personal student ID code that links them to the survey.  The Department of Education states that parents and legal guardians are to be notified by their school on the survey, however, many do not receive opt-out
information, or may simply overlook notification.  Parents are given the right to come into the school to view the survey, and may choose to opt their child out from taking it.  Note that data results are shared statewide, in order to evaluate student trends and is used for funding programs that appear to have a greater need based on data results.

*Attached is a PDF of questions asked of 7th grade students in the Spring of 2013 statewide.  Questions asked:  Gender, race, who the student lives with, attitudes about school, homework, values, grades and may include questions of religious views that may impact or change a certain behavior.  IEPs, free & reduced lunch programs, AP, honors or advanced classes. Disabilities and mental health treatment.  Height, weight and physical exercise.  Usage of
alcohol, drugs, cigarettes including E cigarettes.  Family incarceration. Physical and sexual abuse.  Sexual preference and sexual activity, types of birth control, STD’s as well as attitudes on sexual behavior are asked of the high school students.  In 2013, 7th graders were asked if they used a tanning bed and if they were working for pay.

Results of the statewide survey can be found on the Minnesota Department of Human Services website under “MN Student Surveys.”

If you didn’t know to opt your child out of the survey, your child was
automatically opted to participate in taking the survey through what’s called “passive consent.”  No parental notification required.