NOTE:  Like testing and surveys, parents may opt their children out of biometrics, which is just another scheme to collect data on our children.

MACC was recently contacted with creepster reports of newly mounted cameras attached to student computers in Fridley Schools. According to the reports, the cameras are always running and are pointed at the student’s face.  There are no “on” or “off” switches.   Parents were never disclosed that biometrics would be used in the children’s classroom.   These tracking cameras pose a serious violation of a parent’s trust in administrative decisions.

When questioned about the facial cameras,  a Fridley Schools’ principal stated, “This data or private info isn’t sent anywhere, but a hacker could get the information.   The cameras aren’t even turned on.”  However, students are reporting that the cameras are “on” all the time.

MACC has recently written about the trail of data emanating from student ipads/chrome books and yet, school leaders seem to be unaware of data sharing with government and business entities.

The principal brought an example of a Chrome Book with a camera set into the monitor, positioned toward the student.  He stated, “If the student wants to cover the camera they can.”

One might inquire as to what these cameras are being used for?  Perhaps Fridley Schools will explain just what the purpose is for these cameras and why parents were never told!  MACC has a few ideas since the federal DOE published a document on how to use facial cameras two years ago. 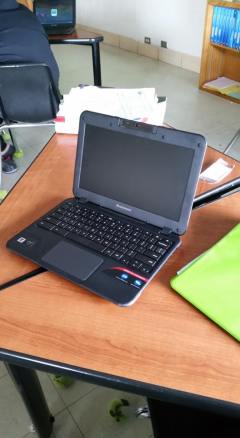 According the United States Department of Education, these mounted cameras are to collect data measures on a student’s facial expression.   These cameras are officially known as biometrics and are meant to measure a child’s determination,  mood, comfort with a subject, attitude, determination and more.

The US Department of Education wants to shift educational priorities toward the psychoanalysis of students as well as collecting their content knowledge.   This is the non-cognitive area where a student’s personality or values is studied.  We might call this “what makes a person tick”.

The Department compiled a document with the help of numerous authors entitled,  Promoting Grit, Tenancity and Perseverance, in 2013. The Wayang Outpost photo is found on pg. 62 and at the top of this article.  Other methods of obtaining non-cognitive or affective data is also included.   The document states that,  “Persistence is now part of the Common Core State Standards for Mathematics”.

The Wayang Outpost includes four sensor systems – one measures blood volume, pulse and galvanic skin response to examine student frustration in an online learning environment.  This technique has been used by Mcquiggan, Lee and Lester (2007) using data mining techniques as well as physiological response data.   “Sensors provide constant, parallel streams of data and are used with data mining techniques and self-report measures to examine frustration, motivation/flow, confidence, boredom, and fatigue”,  according to the document.

Read the document for yourselves.  Then call Fridley Schools, tell them to stop treating our next generation like guinea pigs and insist that these cameras be removed!

Promoting Grit, Tenacity and Perseverance:  Critical Factors for Success in the 21st Century