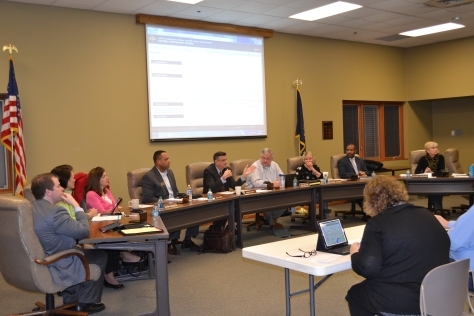 According to HF 116 expiring referendums may be renewed by school district authority alone thereby removing local taxpayer authority.  In each subdivision sector voter approval is not a necessity.

The companion bill, SF 109 is authored by Senator Rest. Co-authors include Wiger, Isaacson and Latz. The Senate bill is not moving at this point.

If this bill concerns you, call your representative and senator. Call them today and call them often! We advocate having their phone and email contacts ready to go this session.

A bill for an act
relating to education; authorizing school districts to renew expiring referendums
by action of school board; amending Minnesota Statutes 2018, section 126C.17,
by adding a subdivision.

BE IT ENACTED BY THE LEGISLATURE OF THE STATE OF MINNESOTA:

Minnesota Statutes 2018, section 126C.17, is amended by adding a subdivision
to read:

Renewal by school board.

(a) Notwithstanding the election requirements of
subdivision 9, a school board may renew an expiring referendum by board action if:

(2) the term of the renewed referendum is no longer than the initial term approved by
the voters; and

(3) the school board has adopted a written resolution authorizing the renewal after holding
a meeting and allowing public testimony on the proposed renewal.

(b) The resolution must be adopted by the school board by June 15 of any calendar year
and becomes effective 60 days after its adoption.

(d) A district renewing an expiring referendum under this subdivision must submit a
copy of the adopted resolution to the commissioner and to the county auditor no later than
September 1 of the calendar year in which the levy is certified.